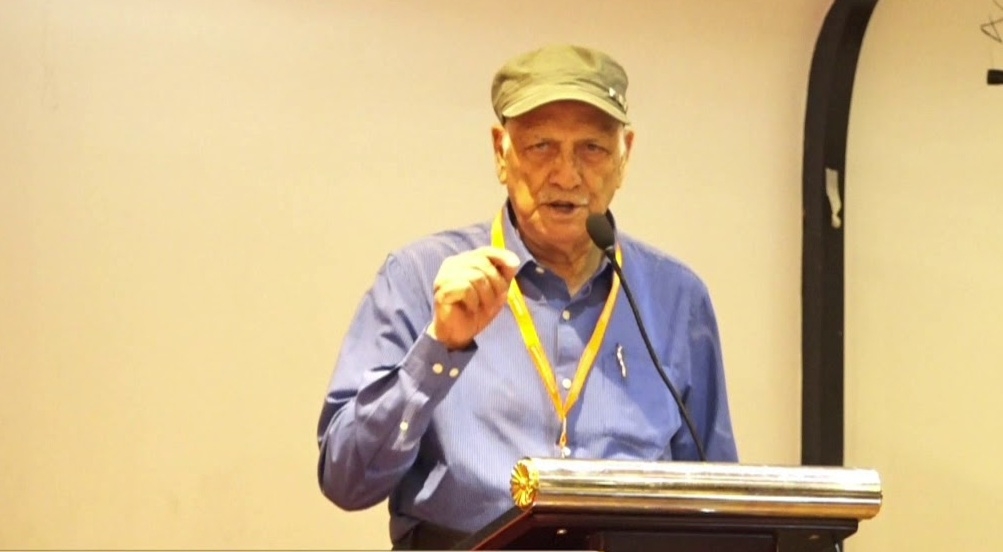 Jammu and Ladakh regions have had complaints of discrimination and unfairness but not of identity, autonomy or special status. The non-Muslim communities of Kashmir, too, suffered from inequity but not of identity etc. Hence it follows that the identity and autonomy problem is exclusive with the Kashmiri Muslim leadership.

What do the sponsors mean by identity? The world knows and has recognized that they are Muslims enjoying the fullest freedom of propagating their faith. In seven decades their population has grown three-fold, thousands of new mosques have come up across the valley and never has any restriction been imposed on free propagation of the faith. To bring Islamization to full circle in the valley, its religious cleansing was carried out in 1990 to purify it of the presence of indigenous people -- the kuffar – through genocide and extirpation without anybody asking the why of it. On this physical and cultural decimation of the indigenous people of Kashmir valley, none of the six-party conglomerate ever uttered a word leave aside the demand for an inquiry commission. Whose identity has been threatened?

Now, if identity means “who I am and I shall remain so”, the question to be asked is this: Is the Valley-based Muslim leadership carrying conviction in “identity and autonomy”? We have reservations. If it does then it would have made a loud protest against Pakistan for issuing a new map that shows entire State of Jammu and Kashmir as part of Pakistan. By not protesting against this onslaught, the valley-based leadership has conveyed a message that what they have resolved in the context of identity etc. is mere rhetoric and not a conviction. They are practically reconciled to the torpedoing of Kashmirian identity, autonomy and status. Leave aside protest, there was not even a murmur about the subject in the circles of Kashmir Muslim leadership. That means their concept of “identity” and “autonomy”, nothing more than a myth, is dissolvable in the socio-political concoction of Pakistan. Where is gone the slogan of azaadi and what about those who died for azaadi? Who will answer these questions?

This being the stark reality, what has Farooq to say about his late father’s opposition to the two-nation theory, which he claimed was the basis of accession to the Indian Union in 1947. Kashmiris buried the so-called secularism of Sheikh Abdullah in 1990 in a bizarre manner.

May we take the liberty of reminding the six-party leadership camaraderie what a senior Pakistani General recently said about Kashmiris? Commenting on the recurrent losses of Pakistan abetted militant cadres in Kashmir, the General said that the “Kashmiris were traitors.” He meant to say that Kashmiris were not dependable as they have become informers to the security forces. The people in the valley noted that the Gupkar Declaration leaders turned their face away as if they had heard nothing. How come their bravado of defending their identity evaporated in the thin air.

The six-party joint statement gloats over-unity among the parties. Their recorded history speaks eloquently of their mutual rivalries, suspicions and dislike. The question is what binds them together now when there is no ideological similarity and no clarity of conviction in the rhetoric of identity and autonomy etc. It is not even commonality of religion that binds them together because they have always been co-religionists and rivals or adversaries or both at the same time.

The fact is that after the vacuum created by the exit of Ali Shah Geelani from rabid pro-Pak accession narrative the Jamaat-i-Islami cadres very close to Geelani have got dispersed as ignominious entities in Kashmir political conundrum. These lately rudderless elements are frantically seeking admission first in PDP and then in NC and other groups. The reference to unity is essentially and subtly a message for the Jam’ati cadres to forge unity despite whosoever has adopted them in the post-Geelani scenario.

Thus we find that the primary objective of Farooq in sponsoring the six-party meet is to project himself as one who has the potential to wear the mantle of retired - hurt Geelani. Gifted with a sprinkle of resilience, he considers that his presence in the Indian Parliament is the certification of his "secularist" credentials. That is why he told an interviewer that he will not resign from his membership of the Parliament. However, he fails to understand two crucial developments, one is that Congress is in shambles and may cease to be anything but an outhouse group at Luttyens, and the second that the days of Kashmir Sheikhdom are gone for all times. If he understands this reality, he would be meditating either at Khwaja’s shrine in Ajmer or cooling his heels at the Fateh Kadal shrine of Amir Kabir instead of playing Robin Hood at Gupkar.

The demands outlined in the joint statement are actually part of Jamat-i-Islami broad agenda. The representatives of six political parties serve a cover and nothing more. Ever since their origin the signatories have been running their independent political agenda, in or out of power, and towing their respective party lines. Their camaraderie, after the euphoria of a joint bid to revive the old moth-eaten and regressive political order, will wane away in due course of time.

As for the allegation that JK Reorganization Act 2019 is allegedly “unconstitutional and illegal,” a case to that effect is pending before the SC and we should desist from making any comment. But there is a question. Suppose the SC dismisses the complaint and declares the Act as legally and constitutionally fine, how is the Gupkar caucus going to react? Will it give a call for civil disobedience after Gandhian antics or will it rise in sedition? In that case, Farooq would be well advised to understand that not a dog barked for one year after the Articles 370 and 35-A were abrogated. No case of stone-throwing, street blocking and hostile rallies took place. The masses of people got a respite from the tactics of political cronies.

Also if the court case goes in favour of the plaintiff and the state is restored what it has lost, how do these leaders think of shaping the relationship with the Centre knowing that the State is 95 per cent dependent on support from the Centre. After all, for many years before the Reorganization Act, the relations between the State and the Centre were bitter to the extent of hostility because of local governments avoiding dealing strictly with the militants and their supporters on the one hand and acquiescing to the dictation from the ISI handlers on the other side of the border.

While the sponsors of the joint statement hurl all conceivable abuses on the Abrogation Act, they need to be reminded that the people in Jammu and its border regions like Kishtwar, Bhaderwah, Poonch, Reasi, etc. have hailed it as writing a new chapter in the history of development, progress and democracy of Jammu and Kashmir. Since the signatories have pledged to fight for the abrogation of the Reorganization Act and restoration of 35-A and 370, it means inviting confrontation with the masses of people in Jammu region also. In other words, they want the Jammu region to choose its path. Put in crude but realistic phraseology it means separation of the two regions, something which is a reality to a large extent and remains only to be formalized.

It will be recalled that ever since the dawn of accession and transfer of power (unconstitutionally) from the Maharaja to a clap-trap rubble rousing political syndicate, the people of Jammu and Ladakh regions have been genuinely protesting against discrimination in all walks of life. There is a record that the first day of the opening of Durbar in Jammu as Durbar Move was observed as a black day and a strike was announced by the Jammu civil society. It was almost a compulsion for the Central government to let the status quo continue and the two uneven regions remain tied in an unholy alliance. The Union government and the governments in Srinagar together manoeuvred to keep Jammu region in perpetual discontentment by not addressing blatant discrimination. Instead, they would give fake assurances to vulnerable political personalities of Jammu to join what they considered the national mainstream while there was nothing of that sort in Jammu after the Praja Parishad was forced to disappear.

The six-party Resolution speaks for Kashmir Valley. Jammu and Ladakh are not a party to it. In passing, it is pertinent to remind the valley leadership to sit back for a while and ponder over the great churning in the Islamic world especially the Middle East with which they have relations. The valley leadership must understand that radical and conservative Islam of the non-Arab frame is diametrically at loggerheads with the progressive Arab Islamic States. As Muslims, the people of the valley must evaluate the Indian democratic and secular dispensation and values in the light of what is obtainable in their neighbourhoods –- Xinxiang, Pakistan, Afghanistan and Iran.