JAMMU KASHMIR STATE AND CONSTITUTIONAL ANOMALY OF ARTICLE 35A 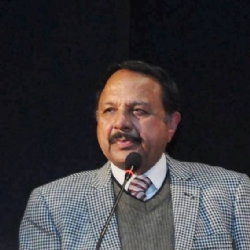 Jammu and Kashmir State of the Union of India, that is Bharat has remained an issue for debates ever since IN OUR CONSTITUENT ASSEMBLY on 26th November 1949 the Constitution of India was adopted and enacted. It has been more since the questions were raised by different classes of people including (i) those who did not own in their hearts the Accession of J&K with India as was done on 26th Oct 1947, (ii) those who had extra ambitions nourished in them in view of the mishandling of the affairs of the State and (iii) those who had some alien interests & were interested in controversies. There have also been some extra territorial elements and interests concerning questions and debates on J&K but I shall be focusing only on the issues that have more of immediate internal relevance. To be more brief I shall be discussing here some legal and constitutional aspects of Article 35A of Constitution of India and other constitutional orders & articles of Constitution of India that have significance of immediate relevance.

Some of the anomalies in fact are not atall anomalies but they have taken the shape of ‘anomaly’ since they have not been properly and timely addressed to. Some of the features often quoted by some as anomalies are the result of the unbiased and truthful mindset of the authors of Indian Constitution who would have never thought that their own people would be interpreting the text of the constitution to otherwise choices making use of the simple literal meanings. J&K has a separate constitution like Constitution of India is a well cultivated anomaly, where as the legal position surely is not so. So, even if some misquoted references /questions may not be anomaly in a real sense , but for convenience sake I shall be addressing all questions as “anomalies”… visangateean.

Some people did sense the possible misrepresentations by some in the coming times and hence they objected to some nomenclatures and references like Sadar-e- Riyasat ( why not raj pramukh), State Flag ( description viz National Flag ) and ‘Constitution” of J&K. The generations do have right to correct. In the so often referred Delhi Agreement 1952 it was were clearly said that the Union flag should have the same status and position in Jammu and Kashmir as in the rest of India .

Even Article-368 of Constitution of India has been unconstitutionally amended in the said Presidential Order. So strangely the amendments made to Constitution have been concealed from general audit by not mentioning the same in the text of editions of main constitution and the amendments have been mentioned in the Appendix-1 {Constitution ( (application to Jammu and Kashmir ) Order 1954} and the Appendix-II ( Restatement, with reference to the present text of the Constitution, of the exceptions and modifications subject to which the Constitution applies to the State of Jammu and Kashmir ) .The result has been that there may be some people even in the legal profession as well who are not aware of such amendments.

(i) (1) PART I. To article 3, there shall be added the following further proviso, namely:-

“Provided further that no Bill providing for increasing or diminishing the area of the State of Jammu and Kashmir or altering the name or boundary of that State shall be introduced in Parliament without the consent of the Legislature of that State.”.…………..

“Provided further that nothing in this article shall apply to a permanent resident of the State of Jammu and Kashmir, who, after having so migrated to the territory now included in Pakistan, returns to the territory of that State under a permit for resettlement in that State or permanent return issued by or under the authority of any law made by the Legislature of that State, and every such person shall be deemed to be a citizen of India.”.…

(d) In article 19, …..(iii) the following new clause shall be added, namely:— (7) The words “reasonable restrictions” occurring in clauses (2), (3), (4) and (5) shall be construed as meaning such restrictions as the appropriate Legislature deems reasonable.’

(v) (g) In article 31A, the proviso to clause (1) shall be omitted; and for sub clause (a) of clause (2), the following sub-clause shall be substituted, namely:—

(j) After article 35, the following new article shall be added, namely:— …. “35A. Saving of laws with respect to permanent residents and their rights. —

(vi) For article 248, substitute the following article, namely:— ‘248. Residuary powers of legislation. —Parliament has exclusive power to make any law with respect to— (a) prevention of activities involving terrorist acts directed towards overawing the Government as by law established or striking terror in the people or any section of the people or alienating any section of the people or adversely affecting the harmony amongst different sections of the people;]..[prevention of other activities] directed towards disclaiming, questioning or disrupting the sovereignty and territorial integrity of India or bringing about cession of a part of the territory of India or secession of a part of the territory of India from the Union or causing insult to the Indian National Flag, the Indian National Anthem and this Constitution; and (b) taxes on— (i) foreign travel by sea or air; (ii) inland air travel; (iii) postal articles, including money orders, phonograms and telegrams.”. ….

(vii) Part XX. (vii) Article 368.— (a) in clause (2), add the following further proviso, namely:— “Provided further that no such amendment shall have effect in relation to the State of Jammu and Kashmir unless applied by order of the President under clause (1) of article 370.”;

C.O.48 of 1954 to had similar reference ie Article 368 shall apply subject to the additional proviso: “Provided further that no such amendment shall have effect in relation to the State of Jammu and Kashmir unless applied by order of the President under clause (1) of Article 370.)

(xii) Article 256 shall be re-numbered as clause (1) of that article, and the following new clause shall be added thereto, namely:—

(b) after having acquired immovable property in the Jammu and Kashmir State in pursuance of an Ijazat-nama granted under the Ijazatnama Rules for the time being in force, he has been ordinarily resident in the territory of the State for not less than ten years prior to the date of such commencement.).

Such like provisions have been separately incorporated through Section- 51 ( Qualifications for membership of the Legislature.- A person shall not be qualified to be chosen to fill a seat in the Legislature unless he is a Permanent Resident of the State), Section-127 (Transitional provisions.-Until other provision is made in this behalf under this Constitution, all the laws in force immediately before the commencement of this Constitution and applicable to any public service or any post which continues to exist after the commencement of this Constitution, as service or post under the State, shall continue in force so far-as consistent with the provisions of this Constitution. ) . Section- 140 (The elections to the Legislative Assembly shall be on the basis of adult suffrage ; that is to say, every person who is a permanent resident of the State and who is not less than Eighteen years of age on such date …..) of J&K Constitution. More so there is also a Provision for amendment / modification to the definition of PR of J&K in Section- 8 and Section -9 of J&K Constitution.

Be Otherwise, it is not an anomaly and could taken special provisions kept for residents of J&K like the provisions specially created for the SC/ST and some other classes of Indian citizens.

* Property rights to Indian Citizens who do not hold PRC of J&K holders has been done in a very concealed manner by referring to existing laws coming from the Maharaja Government.

The State of J&K was included in Part- B States (1. Hyderabad. 2. Jammu and Kashmir.  3. Madhya Bharat.  4. Mysore.  5. Patiala and East Punjab States Union. 6. Rajasthan.  7. Saurashtra. 8. Travancore- Cochin. 9. Vindhya Pradesh). The process of distribution of legislative and executive functions between the Union Government and the State Governments had not been completed by then and hence Article -238 was kept in the Constitution to deal with Part–B States that formed the group of Governor Provinces of British India. As regards J&K since the process needed more classified thinking in view of the prevailing circumstances a temporary provision was kept in the shape Art- 370 to deal with the issues related to J&K.

Later when the States were reorganized in 1956 (The States Reorganisation Commission (SRC) was constituted by the Central Government of India in 1953 to recommend the reorganization of state boundaries. In 1955, after nearly 2 years of study, the Commission recommended that that India’s state boundaries should be reorganized to form 16 states and 3 union territories.States Reorganisation Commission consisted of Fazal Ali, Kavalam Madhava Panikkar and H.N. Kunzru. Some of its recommendations were implemented in the THE CONSTITUTION (SEVENTH AMENDMENT) ACT, 1956 ) The Shedule-1 of Constitution of India was remodeled as States and Union Territories. The States earlier under Article 238 were brought under provisions of Part VI of Constitution of India. As regards J&K the operation was still kept under temporary Article -370. So, it could be well taken that Art-238 not being applicable to J&K did not have negative intentions. The classification of states in parts after reorganisation was undone and thereafter PART VII of the Constitution of India that contained Art-238 was repealed by the Constitution (Seventh Amendment) Act, 1956{ Text Article 238 : The provisions of Part VI shall apply in relation to the States specified in Part B of the First Schedule as they apply in relation to the States specified in Part A of that Schedule subject to the following modifications and omissions, namely ….)

(d) of that clause be given before the Constituent Assembly for the purpose of framing the Constitution of the State is convened, it shall be placed before such Assembly for such decision as it may take thereon ) How fair is this anomaly need be seriously examined.

(ii). Members of the Constituent Assembly of J&K did not disperse, only the function they were performing ended and the members stayed and functioned thereafter to work as Legislative Assembly and to handle the legislative affairs of J&K as per Constitution of J&K under the aegis of Constitution of India. The process continued.

(v). Further if the anti argument is legally correct the Article 370 too should have been got amended same day when the final draft of J&K Constitution was approved and accepted by Constituent Assembly, why was it not ? Constituent assembly did not make any recommendations to President in this regard. Will it be replied for the benefit of the innocent people of J&K who have been mis informed regularly over the years.

Preamble of J&K Constitution ( “We, the people of the State of Jammu and Kashmir, having solemnly resolved, in pursuance of accession of this State to India which took place on the twentysixth day of October, 1947, to further define the existing relationship of the State with the Union of India as an integral part thereof,”) and Clause -3 of Article -370 of Constitution of India ( Notwithstanding anything in the foregoing provisions of this article, the President may, by public notification, declare that this article shall cease to be operative or shall be operative only with such exceptions and modifications and from such date as he may specify: Provided that the recommendation of the Constituent Assembly of the State referred to in clause (2) shall be necessary.